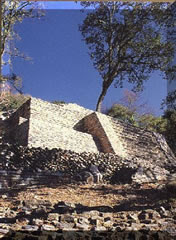 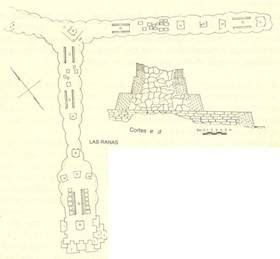 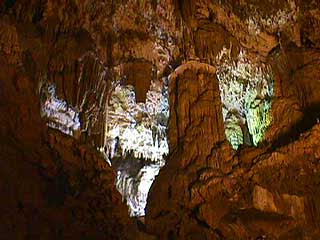 "Ranas" is an archaeological site of the mesoamericano epiclásico, between 600 and 900 d. C. (Margarita Velazco Mireles), it counts on 5 ball court, and more than 120 structures, it was part of the mesoamericana border and its main economic activity was the mining, mainly the extraction of the cinnabar (mercury sulfide), like center of being able politician, told on oriented buildings the cardinal points to possibly mark to the stages of the agricultural year and the ritual.

The Vista from "Ranas" and "Toluquilla" is spectacular and it allows us to experience the dominion that from this point was had of is point in the "Sierra Gorda".

The grottos of Herrera, of relative recent exploration (years 70s) are located to 10 minutes of San Joaquin, Querétaro and are representative of the shots, caverns and natural cellars of the Fat Mountain range.

The estalagmitas and stalactites that have formed with the water to the passages of thousands of years allow an exercise us of the imagination in 6 rooms where we can observe forms on animal rocks, passages of the humanity and until mitológicas representations. The route totally is paved and illuminated with electrical light specially designed for the site.
Publicadas por arturomoralestirado.blogspot a la/s 17:15